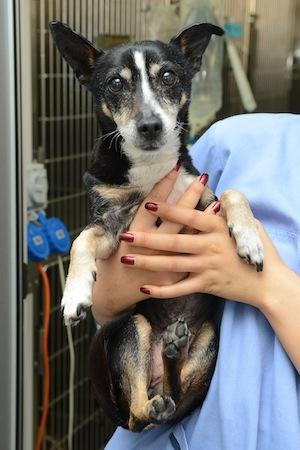 This is Clooney. When he was adopted from a shelter it was believed that he had been desexed.

Thirteen years later, he was brought in for a consult and was diagnosed with an abdominal mass. Upon investigation, it was concluded that the mass would require surgery to be removed. The mass turned out to be an abdominal testicle – with a diameter of 63mm.

Clooney only weighed 5 kg and such a large abdominal mass would have been a serious problem had it not been removed. Clooney is certainly much happier now.