Remembrance Day – Lest We Forget 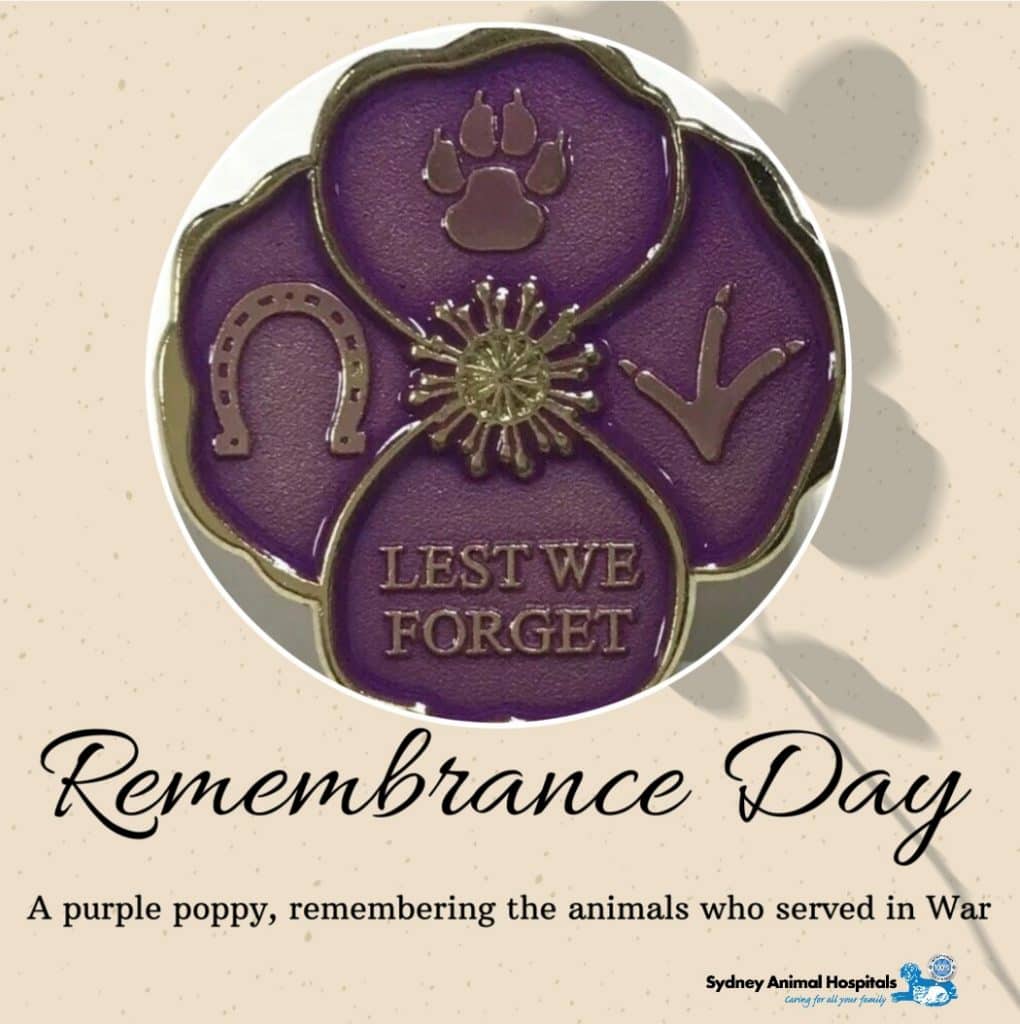 Lest We Forget our four legged diggers who served as well 🕊🐕🐃🐪🐘🐛🐴

Did you know the traditional red poppy worn to mark Armistice Day (Remembrance Day) 11 November, that there is also a purple poppy, remembering animals who served in War.

Working alongside these brave men and women were animals. Animals had a significant role in War.

🐕Dogs were used as messengers, to guard valuable military equipment, as bomb detectors, and for search and rescue missions. A dogs senses would pick up the hum of enemy planes two minutes before any soldier. Just before a deadly bombing, his signal of sitting, barking and then dashing for the trenches, would give precious time for all the soldiers to run for cover.

🕊Carrier pigeons delivered messages to specific destinations and were said to be the most dependable way of sending a message during the war.

🐛Collected in jars, Glowworms provided much needed light in the trenches for officers to study battle maps and soldiers to read their letters from home.

🐪🐘Other animals were also seen on the battle fields.

Today we recognize the importance of both humans and animals who had and continue to serve.